I have recently purchased an iPhone 32GB white which has been great fun playing around with. I feel, however that Apple do not do anything new or create new things – simply take existing technology (such as touch) and refine it into something that is incredibly user friendly.

Take the original iPods for example – there was no special new technology that no other mp3 player had, now was the screen particularly innovative, similarly the touch wheel was technology that had been around for a while – however because of its ease of use even my Dad could pick one up and just use it. It is this amazing design process that perhaps Steve Jobs goes through himself (as he was described to be “not that technical, but more of the end user” in a recent Sunday Times article).

Similarly I just read that Mac OS Snow Leopard has gone on sale (ahead of schedule – to perhaps try to put a jump in on Microsoft’s release of Windows 7). The upgrade is just 25 pound which seems like quite a good deal compared to some other upgrades in the past. 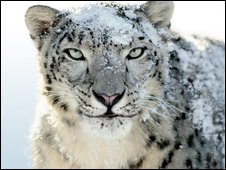 However it was interesting to note that the Mac OS is only installed on 3% of the personal computers.

It is impressive how strong Microsoft really are, even up against what appears to be an innovative strong competitor such as Apple.